No one has ever confused me for a rock star. I don’t have a massive following on social media or in reality. But, one place where I shine is with three amazing kids. It’s not because I am perfect. I am not. But, there is a real bond forged by honest, genuine love. I love my kids and they love me.

Here are some reflections on being Dad.

I hope that those positively glowing pair of eyes and smile as wide as her little face will forever be burnt in my mind to bring me true joy whenever I need it.

I hope those shouts of glee, “Daddy’s home!!!” will forever ring in my ears to remind me that I am loved.

I hope that the statement, “that’s my Dad,” pronounced with a subtle tone of pride will play over and over in my mind to carry me through years when I don’t see her quite so often and I begin to wonder, “does she still need me?”

I hope that his desire to be “just like Dad” will...

Mac is nothing if not predictable. He boards the bus each day with a McDonald’s cup. Both coming and going, he always has a McDonald’s cup. I like to think that Mac is Scottish. There is a Günter Grass novel called, “Too Far Afield.” In that novel, two friends discuss what they’ll do for one of the character’s birthday. It is suggested that they go out to eat at a place that is “approximately Scottish,” which turns out to be McDonald’s. So, whenever I see Mac with a McDonald’s cup, I think of that line from “Too Far Afield” and I conjure a story of an approximately Scottish bus rider that loves his McDonald’s beverages out of loyalty to the approximately Scottish restaurant. Anyway, back to my real point, I wonder about Mac’s devotion to McDonald’s drinks. Having a drink each day in the morning suggests an early start just to make sure he has his drink and can still arrive at... 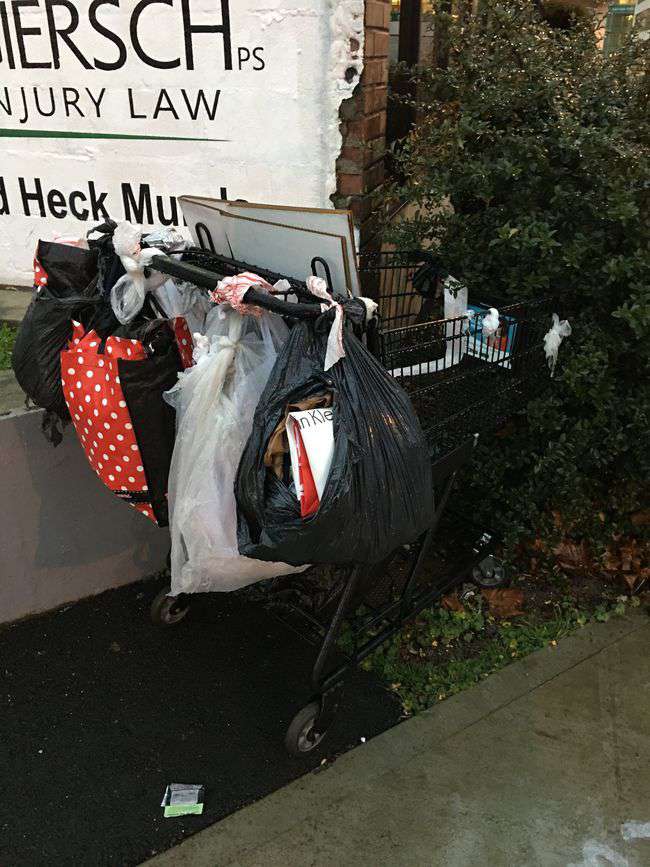 What happened to the “owner” of the abandoned shopping cart? As I pass the cart for the second day in a row, and notice that it has not moved, I wonder about its “owner.”

I have, on occasion, watched homeless folks arrange their belongings in a hijacked shopping cart. It is not uniformly true, but many times they treat each article with great care. They put each item in a strategic place so it can be used as per their designs. Perhaps they have found the majority, or possibly all, of their worldly goods in the various discard piles throughout the city, but it does not seem to impact the reverence with which they hold the items. This organization ritual I have observed can sometimes appear to be a contemplative act. Is it one of gratitude? Is it an act of sorrow to come face to face with the notion that this is “my life.” I have wondered about the feelings and thoughts that...

At the margins of society 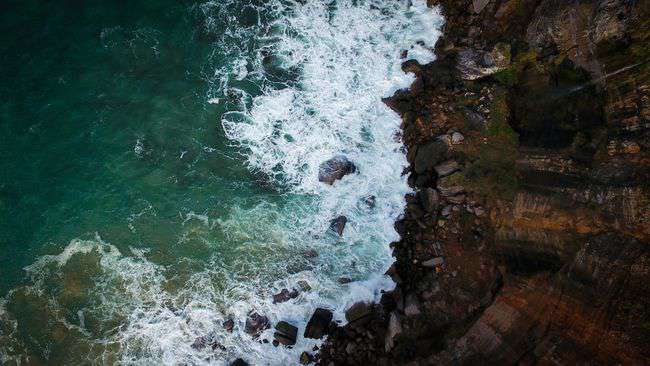 I was inspired today. I had the opportunity to hear two great people, who are doing amazing things for the good of all humankind, speak to their commitment to help those who find themselves at the margins of society. What does that mean, the margins of society? I think of those who for one reason or another have been deemed of lesser importance or have been marked as fundamentally bad for some reason or another. This practice of separating a group of people from the core of society and pushing them to the edges is, in my opinion, unacceptable. Marginalizing peoples undermines progress towards the ideal where all lives have equal value. There has been some progress made, but we still have far to go.

It is sobering to imagine being part of a group that is marginalized. Instead of the safety which society can confer, you are pushed to the edges, exposing you to dangers and...

Anyone who reads my blog knows that I ride the bus. But, I haven’t said much about what happens after my bus ride. Let me tell you about that.

As I step off the bus in Seattle, I am greeted by rain and a very consistent and decent-sized band of brothers, and a few sisters, that seem to anchor their identity in marijuana. It’s not just the smell that greets you, but they have hats and shirts that speak to the transcendent power of pot. Anyway, I wonder if they feel a little bit rudderless now that Washington State has “legalized it” and has largely stopped “criticizing it.” The mainstreaming of their deified herb has to be disconcerting for these pot pioneers.

Then, there’s a very proud dog owner walking his dog. Oh, but, less proud now as he dutifully (pun very much intended) picks up his doggie’s waste on the sidewalk. I am thankful the owner does that.

Let us be healers

I cannot help but think that much of the populist upheaval across this globe of late has at its heart psychological wounds large and small. Some are large, devastating, and in some cases unspeakable wounds. Other wounds come about bit by bit, but have deleterious effects too. Whatever the cause, these wounds matter. The wounds if unattended can grow into other things like fear, hatred, anger, and a desire for vengeance. These wounds compounded over millions of people can have huge implications, like the chaos theory notion of the batting of butterfly wings causing a hurricane. As I step back from momentous events of 2016 (Brexit, Colombia, US Elections), my mind goes to a piece written by David Brooks in the New York Times on emotional healers.

In, A Nation of Healers, David Brooks shares anecdotes about the pain he witnessed as he toured the most economically depressed areas in...

I travel quite a bit and I am a people watcher. The combination of these two things has helped me to draw some conclusions about human behavior in the travel context. One such conclusion is that men seem to think they have been given special dispensation to encroach upon their female co-travelers’ space. I have often seen a man crowd into a woman’s space on a plane with a kind of “what-you-going-to-do-about-it" attitude. It’s not that I am trying to roll over on my gender here, but come on guys, really? Who do we think we are that we can invade someone’s space like that. I have probably breeched the invisible borders at some point, but I can say it would have been a brief incursion and completely on accident. All this to say that I believe it is not right to encroach on others’ space, especially whilst in a confined space, no matter the other person’s gender. Glad I got that off... 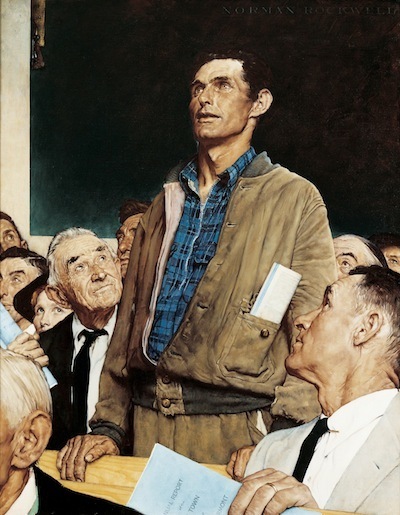 We the People of the United States, in Order to form a more perfect Union, establish Justice, insure domestic Tranquility, provide for the common defence, promote the general Welfare, and secure the Blessings of Liberty to ourselves and our Posterity, do ordain and establish this Constitution for the United States of America.

I think most US citizens are quite familiar with the first three words of the US constitution’s preamble, “We the People…” But, I have blithely gone about my merry way without really spending a lot of time on the idea that we have delegated the sovereign power of the people to government bodies for specific purposes. We the people are the source of the power. The government works for us. The other side of that coin, however, means that we own the problems of this country.

I have found myself very jaded by the presidential campaign this year. The anger in...

The “One Percent” and the Poor: Redistribution or Revolution? 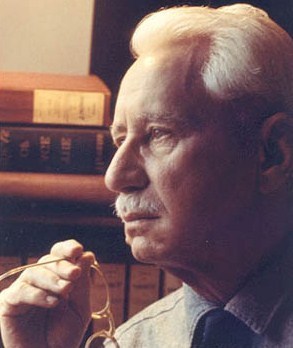 “In progressive societies the concentration of wealth may reach a point where the strength of number in the many poor rivals the strength of ability in the few rich; then the unstable equilibrium generates a critical situation, which history has diversely met by legislation redistributing wealth or by revolution distributing poverty.”
― Will Durant, The Lessons of History

I read Will Durant’s The Lessons of History recently and it was one of the best books I have read in some time. Perhaps the most interesting part of the book looked at how many times civilizations have grappled with the tension between the elite class and the underprivileged poor. The quote above was the most sobering statement on this struggle since time immemorial. It is my view that we have reached a point where this issue will progressively get more acute. Whether the boiling point is upon us or not, I do...

I was very gratified that people found my last fashion suggestion very helpful. Encouraged by that, I have been on the lookout for specialized fashion needs. I am pleased to say I found a tremendous option, from Balenciaga, for someone who is cast in a possible feature film called, “Honey, I swallowed the microwave.”

I hope this is helpful if by chance you need to look like you’ve swallowed a household appliance.