It is sunny in Seattle. We have had a glorious week of pleasant temperatures and lots of sun, which in a way draws to a close our very dark, wet winter. As most are aware, Seattle is of course famous for its rain and gloomy atmospheric disposition. When the sun comes out we all crowd around windows to marvel and ask each other with amazed looks, “what is it?” We have vague recollections of this glowing orb, but nearing the end of winter it is not right on the tip of our tongues. Traffic accidents pick up because many a driver is taken aback to the point of staring at the strange, bright celestial phenomenon that most of you take for granted. Once I heard a hipster, who apparently made beard growing and [poor] Shakespearean language his “thing,” say “methinks the grey old lady burns, and for what? That the pallid and porcelain-like Northwesterners may leave their dank dungeons of...

On New Year’s Day I wrote a post on my focus word for the year. My focus word this year is the word minimal. As the end of the first quarter of this year is upon us, I thought it was an opportune time to hold myself accountable on my focus for increased minimalism. By way of background, my goal for increased minimalism was not a ritualistic asceticism, rather a desire to avoid squeezing the most important things out of my life by indulging in or being ruled by what matters least.

This practice, of choosing a focus word for the year, has been very helpful for me. Periodic reviews, like this first quarter review, give me the impetus to reflect and take stock of any progress towards minimalism or not. I think my progress has been mixed to be honest. Old habits die hard. However, one example of something I have undertaken to increase minimalism is a no book buying policy for 2016...

Just sharing a random fashion option. If you have found it difficult to find clothing that makes you look like a potato with legs, then I have an answer for you. I saw this on Shop It To Me the other day: 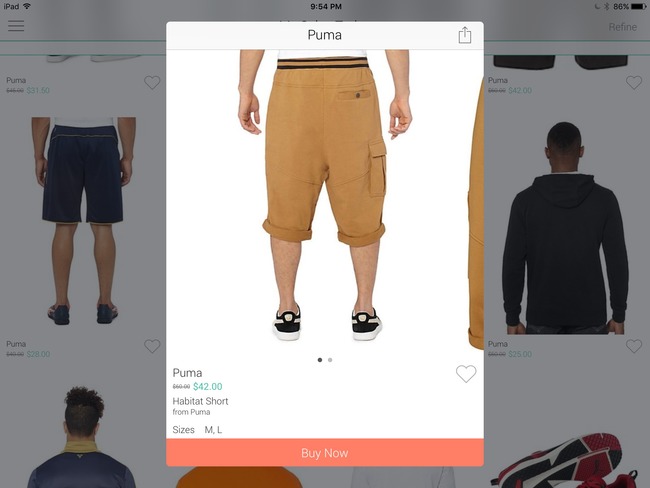 I hope that was helpful. I’ll always be on the look out for good stuff.

In praise of kindness

The other day in a conversation with my sister, she said something that was a wonderful example of the sort of kindness I am talking about. What she said gave me great joy, and honestly moved me to tears. She won’t ever know how much I appreciated what she said. I bring this instance up for two reasons: (1) I just want to acknowledge that my sister embodies the sort of kindness I am writing about and (2) This sort of simple kindness, if repeated on a daily basis, many times throughout each day, will change the world. When I got home after my...

Closely related to my last post on a bifurcation of humanity on a particular usage of the word “fly,” is the word “dope.” Dope has a few meanings. The one I am interested in is the following from an urban dictionary app I use:

dope - a word that describes something that is extremely cool, such as music, clothes, people, etc.

I have started to hear this usage in more common conversation. Startling. That said, it highlights for me same branching question as “fly”. Once again, I think there is a portion of the population for whom the above use of “dope” is, in fact, dope. However, for the other side of this branch the above usage makes them sound like A dope. As it regards my own self, I say nope to dope. So, in a personal summary, my verdict on “fly” and “dope” is I should abstain.

I found it notable in the the urban dictionary I used that the usage example was lyrics from an...

Bifurcations of humanity: Part I

Well, now I have gone and done it. I have used a two dollar word when perhaps a ten cent word would have sufficed. Maybe. But, I feel “bifurcation” says what I really want to say. So, if this is not a word you love like I do, here’s a definition:

bi-fur-ca-tion: (noun) the division of something into two branches or parts.

Probably too much effort goes into trying to classify each other as having this quality or that quality. Sometimes, we go negative and highlight what people lack. But, for a bit of whimsy, I like to muse over simple binary classifications. That is, some things in life can take the form of a tree branch, some going right, some going left.

So, I have had this song by Robin Schultz in my head called “Sugar”. The most critical and profound part of the song is as follows:

Got me lifted drifted higher than the ceiling

A New Year, A New Word

In keeping with my tradition that I described in a new year post last year, I want to share my “word of the year” or the theme that I want to undergird my way of life for the year. Before I do that, I thought I should hold myself accountable for how things went with last year’s word, lagom. Lagom, is a Swedish word that means “sufficient, enough, adequate, just right.” I still remain very much enamored with that word. It is just so elegant the way it encapsulates so simply some wonderful concepts. That said, my year was not so lagom. It was a remarkable year in so many respects, but unfortunately, lagom was not the theme of the year. Rather, “too much” carried the day. Too much travel. Too much work. Too much food. Too much stuff. You get the idea. So, to learn from that, this year’s word tries to deal with “too much.”

My word of the year or theme is...

A number of you have asked for an update on my friends on the bus. So, it is a great time to update you on a veritable tragedy for me and my fellow riders. You may recall from my first post describing my friends on my bus that one vignette was about my friend Jean. In short, Jean is like the bus mother. And sheriff. She regulates. She is the judge, jury, and executioner of her fellow bus riders. It is a very important role. As I wrote in a previous post, Jean and I once had a real conversation on a very long (stuck in traffic) bus ride. I won’t rehash the whole conversation, but one key detail she shared with me was that she was biding her time with her loser boss and dead-end job so she could retire and write romance novels (maybe I made that last part up; I can’t remember). That put me on high alert. If Jean retires and no longer requires the bus to get to Seattle who will...

As I was checking out of my hotel on a recent trip to New York, I heard the porter at my hotel, a grown, large man, belting out “Lady Marmalade” in this magnificent falsetto. My favorite part of his rendition was as he exuberantly delivered the gibberish chorus with a fantastic dance to accompany it. Just imagine with me a grown man singing: “Giuchie, Giuchie, ya ya dada (Hey hey hey), Giuchie, Giuchie, ya ya here (here), Mocha Chocalata ya ya (oh yea), Creole lady Marmalade.”

I remember thinking how uninhibited he was. He was not at all embarrassed. I also thought about how I would not do that now. But, there was nothing stopping me should I want to sing this catchy song about Parisian cabaret. Then, however, I remembered a time when I was in college and I was once again in New York at Carnegie Deli and we saw Celine Dion there with her entourage. This was in the times of...

So, when I last wrote, which was too long ago, I wrote about my experiences on the bus. A number of you have inquired after Miss Anachronism, or Miss Ana, to see how she is getting on. I am happy to report an interesting development. Miss Ana was last spotted on the bus with her extraordinary laptop covered in plastic. As you can imagine, this sent my mind racing. What could Ana be up to? Plastic-wrapped laptops have not been the standard or the norm EVER. And as we all know, Miss Ana does not leap into technology change willy nilly. Is Miss Ana switching from luddite to innovator? Well, that seems far fetched. Here are some thoughts as to what is driving the plastic-wrapped laptop.

Firstly, I have always viewed Miss Ana as something of a mystical personage. So, my mind immediately leapt to an end-of-days scenario presaged by Miss Ana’s unexpected choice of wrapping her...